If you have a mo…

Just have a gander at these blogs by the people who shared links to their sites in my last NaPoWriMo post.

They are all very different from one another and I have really enjoyed exploring their material so please check them out.

Ladies and Gentlemen I give you:

Kruti Joshi’s Life and My Musings

If you would also like to share links to your poetry, please feel free to leave a link in the comments boxes below

I am off to finish a new poem that the kids have prevented me from doing for the last week – wish me luck, a clear head and peace for the next 2 hours….. ahhhhh…

Do you still love the book you wrote? 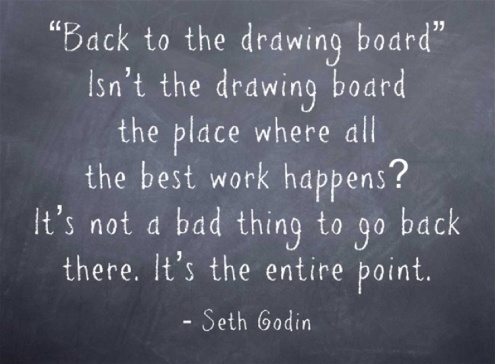 Would you publish a book and then unpublish it?

Would you write, publish and then re-write the same title to satisfy your own personal demon?

Would you publish your project as a work in progress?

Can you ever love what you wrote?

I wrote my first novel three years ago, self published it and never did anything with it, I barely promoted it or even had it reviewed.

I worked on this book for three years.  Three years? you cry!

Three years sounds long, but it took a while to get into my stride, I painstakingly drafted every chapter and let each character grow and surprised myself along the way when the chapters took unexpected twists and turns, almost, by themselves.  I also had the upheaval of moving house (unhappily) twice within eighteen months during that time, so, the book took a backseat for a while when all that happened.

However, in March 2013, the book was finished and I self-published it and ever since then, it has sat quietly in the clouds, bobbing about, subject to the odd (free) download and thankfully the odd amount of praise.  I did a little interview with an arts zine; I gave the book away to a famous rock band for a little tour bus amusement, and, oh yes, *gulp*, my mum read it.

I have, since then, dipped in and out of the book myself several times, each time smiling and saying to myself:  I love my book!

BUT!  I don’t feel the same now.  What has happened?  I have subsequently removed the book’s availability whilst I tackle the urge to take the sharpest of editing razors to the manuscript and remove large chunks of word count.

I would really like to know if anyone has experienced the same feeling?  If so, what did you do about it?

This may be considered as a massive author faux pas, but my plan is to create a revised version of the book.  Would it interest anyone if I considered posting revised chapters onto this blog for your amusement?

What would you do?

If you fancy sharing similar experiences, please do comment, I would love to hear from you.

I have recently joined the online writing platform, Write Out Loud and wondered if any of you, my friends, were already using this most excellent avenue for displaying and sharing your writing?

If you have not heard of this before, I would love to recommend joining.  It’s free and it takes no time at all to become a member, develop your profile and create your WoL blog space which can be read by all members, share comments etc, just like your own WordPress or other blog.

Write Out Loud describes itself as a national hub for participation in poetry, encouraging everyone who writes poetry to share their words with others in friendly, welcoming open-floor read-around, open-mic events and on-line on the site.  They support individual poets, poetry organisations and groups across the country, via a monthly newsletter and the website.

They champion performance poetry by providing a way in which poets can talk and listen to each other.  They explain that their approach has captured imaginations and enthusiasm of many people through both the website and events. The site gets over two million hits a month.  So, definitely worth joining!

Let me know if you are already there or if you plan to become a member.  I’d love to know.

This band from Leeds, UK, inspire my writing.  Awesome recorded and live, they are a tantalising cocktail of riffs, hair and vests (yes, I did email them once to find out where to buy undergarments just like theirs.)  Love them.

In keeping with the topical current Winter Games, the first vid was shot as an entertaining teaser by KillDestroy films for the 2008 dalikfodda tour.  The second is the band playing one of my favourite songs live – “Comfortably Crazy” filmed by Desertscene UK .

Too Much, Too Young, Too Fast – Airbourne

The night I saw this band play The Borderline in London a few years ago, I knew I would be hooked on them forever.  I think it was because of their energy and charm (and straightforward Aussie sex appeal?) that I wrote my book.  I sincerely hope they stay on the road until the end of time.

Thank you guys for all the inspiration. x